Laboratory and Toxicology Questions and Answers

If you require the services of a laboratory or need a toxicology screen, Express Healthcare is here to help. Our professional medical staff are dedicated to our patients! Call our clinic today to speak with one of our specialists or request an appointment online. We serve patients from Berwyn Heights MD, College Park MD, Lanham Hyattsville MD, Lakeland MD, Hollywood MD, Old Town MD, Acredale MD, and Riverdale Gardens MD.

Toxicology laboratories are specialized labs that test for multiple forms of toxicity. The main use of such a lab is to test for illicit substances. These labs are specially designed to test for virtually any kind of substance, including recreational substances, illegal substances and prescription medications.

What is a toxicology laboratory?

A toxicology lab is a dedicated lab environment with state-of-the-art testing equipment during which drug tests, also referred to as tox screens, are conducted to verify the presence of illicit substances. These labs are available to check any type of illicit substance, including both recreational and prescribed drugs.

Rather than a test that comes back positive or negative, a toxicology test screens for specific levels of drugs so as to work out the foremost accurate results possible. These boundaries are set to eliminate the likelihood of false positives while still being as sensitive as possible instead of providing the straightforward yes or no delineation that’s common with other testing methods, such as cup testing for urine samples.

What is the purpose of toxicology testing?

The toxicology testing performed after a person’s death is known as postmortem drug testing or forensic toxicology testing, which is different from clinical testing. If a patient shows up with signs and symptoms of drug overdose or abuse, this is the drug testing an emergency room doctor would be likely to order.

Other types of toxicology testing include athletic drug testing in sport programs, which detect banned substances or drugs that enhance performance, and workplace drug testing, which also screen for drugs of abuse.

What is a clinical toxicology report?

What are the types of laboratory tests?

There are four primary types of toxicology screening:

To test for the presence of drugs, most screening methods use a urine sample. In some cases, a saliva, hair or blood sample may be used.

A toxicology screen often requires a urine sample. The urine is collected in a small cup. In some cases, to prevent tampering law enforcement or medical personnel may be present. As another precaution against tampering, you may be asked to remove outerwear such as a jacket, hat, or sweater and to empty your pockets.

Another way to screen for drugs is by using a blood sample and involves drawing blood into one or more small tubes. A healthcare professional inserts a needle into a vein and removes blood during a blood test. In comparison with a urine test, a blood test is more accurate in determining the amount of a specific drug present in the body.

If you or someone you know requires laboratory or toxicology services, come to Express Healthcare today! Our kind and compassionate staff are experienced in laboratory and toxicology services, so you can feel confident in your findings. Contact our office today to talk with a member of our specialist team. Go online or simply give us a call to book an appointment with us today! 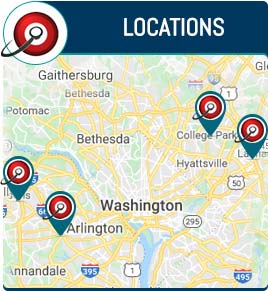 4 Locations to Serve You.